The homecoming parade is an annual tradition that brings Hawkeyes together from both near and far. Parade participants include students, staff, faculty, and members of the Iowa City and surrounding communities.

The parade will begin moving west on Washington St. at Gilbert, then north on Clinton, east on Jefferson, south on Dubuque, east on Iowa, and will end at the intersection of Iowa Ave. and Gilbert Street. 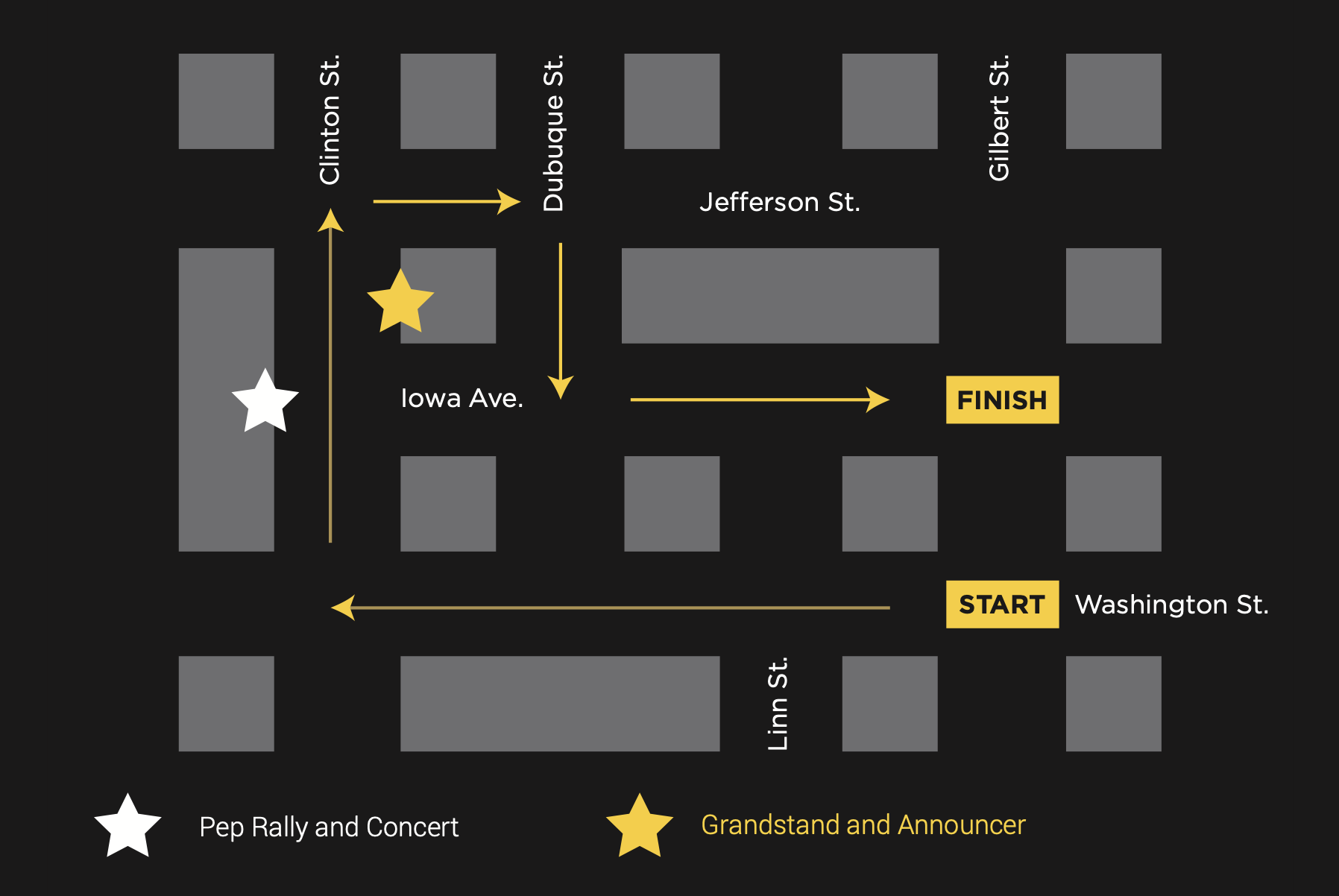 Each year, the University of Iowa community celebrates alongside more than 15,000 Hawkeyes that come from near and far to watch the parade. Included in the parade are dozens of floats, performances, bands, dance troupes, guests of honor, student organizations, community organizations, staff, faculty, and students.

Learn more about the 2022 Homecoming Court throughout the week as we publish their stories on the Student Life News site.

Interested in participating in this year's Homecoming Parade? Parade applications are now closed. Contact our Parade Directors with any questions at hoco-parade@uiowa.edu.

Participating in the parade?

Visit this page to learn more about participating in the parade.

We're recruiting volunteers for the parade. If you're interested in volunteering, please email hoco-volunteer@uiowa.edu.